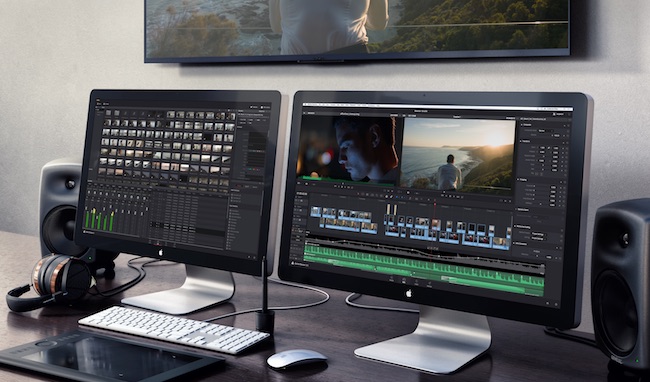 Effective video making is not just about production. In fact, the production only contributes to about half the process that goes into making a great video or film. The other part of the process is what happens once the shooting is done.

Editing is just as important as shooting itself. You might get good shots, you might get bad shots, everything is judged. You can decide what gets to stay what does not. You see the directive skill of the cameraman. Each and everything is at stake.

Now, with editing, with new features and apps and tools being developed, it is becoming increasingly easier to make any video look good. But, as more and more objectives are being accomplished by editing tools, the complexity of using them is a problem. At such a time, you need an easy-to-use tool that will let you make effective edits without spending hours staring at a screen – either understanding the interface or doing long processes.

As a video editor, you might be searching for what is the best free slideshow maker or the best free outro maker. These tools are great weapons to simplify video editing and make your video look good – that is why they are called tools. But, using these tools randomly will get you nowhere. In fact, using the wrong tool at the wrong place might even have devastating effects on your video.

Apart from an effective tool, you need to ensure that you use the right techniques for the right kind of video. For example, you do not want to use cuts where vital information is being displayed. While editing, it is necessary to use the right tools at the right time too, you cannot make the intro too flashy on the eyes, or the viewer might lose interest. On the other hand, if it is boring, you will lose their attention anyway. It is all about finding the right balance.

Editing is an art, it has to be perfect through tried and tested techniques, and for some people, it takes years to practice.

Here are the latest techniques that have been observed to have garnered to get the best results and viewer interactions.

Classics never go out of fashion. The quintessential way of grabbing viewers’ interest is showing them action straightaway. It raises questions and also keeps viewers glued to their screens, waiting to see what happens next.

This technique is the classic way to make cuts between two very different shots seem almost invisible. For example, if you follow a soldier in a battle and he is seen shooting and the next frame is the one bearing the brunt of the shots, the audience connects the dots and does not notice the cut at all.

Video-making or film-making is not just about visuals. We, as humans, have more senses than just our eyes. A good video/film captures the attention of multiple senses at once. Using sound and music to entice the hearing senses of an audience is probably the best passive way to grab attention.

Using appropriate and good-quality sound effects is critical to the success of a video. By capturing the attention of more than one human sense, you can be sure that your audience is completely engrossed in the video. Especially with visuals taking on the next level with ultra clarity, sound effects to go along with these attention-grabbing visuals will make grabbing attention look easier than it is.

Cutaways are extremely effective when trying to cover jump cuts or use separate shots that look like a continuous shot. The effect is exactly what it sounds like. You essentially “cutaway” from the main action on the screen and insert another object or person or element of interest in the frame.

This technique makes it easier to connect different takes or amalgamate different scenarios into one. Apart from this, you could very well use it to create importance for another element, like cutting to a ticking clock to introduce tension.

You want to show the audience that two different events are happening simultaneously at different places – could be cops entering a bank as a heist is going down or anything else. What do you do? You use cross-cutting. Essentially it means showing snippets of happening from both events simultaneously.

What this does, is that it introduces a passive tension in the mind of the audience, and thus, you successfully gain their undivided attention. You could even go the extra mile by showing split screens. With proper timing, you could use cross-cutting or “parallel editing,” as some call it – to create different elements in your visuals. Very effective when used correctly.

This technique is mainly used by editors and filmmakers to show time passing or to develop the story behind an element. But do not let this limit you! You can use it to do practically anything you want! It has got to be the right effect for the right element, though. You cannot expect to do random edits and make it work.

For example, you can take a quick or slow pace with lots of quick cuts or slow dissolves depending on where you want the mood to go. This effect is often covered by music, but sound and dialogue from passive clips can play a pivotal role too. While it could be a great way to get through a lot of time quickly, this effect must be used with as much creativity and knowledge of the “big picture” as possible. Being a powerful tool, you do not want to take the punch out of other scenes or make the editing too obvious.

Want to switch the mood and the direction completely? You could use a smash cut. This cut will let you change the mood from noisy to quaint, and the sheer difference in the scene and the visual and the sound will capture the attention of the viewer.

All in all, these are some of the best techniques to enhance your video editing efforts. We hope you got some value from the post!