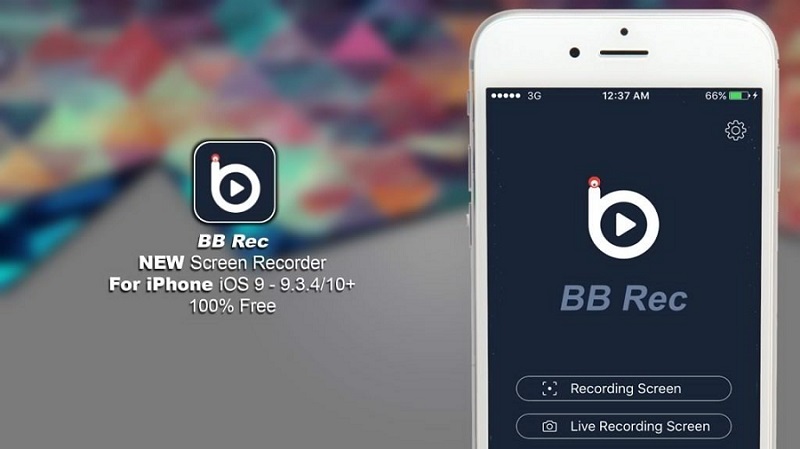 Download and Install BB Rec Screen Recorder for iOS without Jailbreak your devices: Most of the iOS users won’t be able to record the screen of their iPad, iPod, iPhone because Apple doesn’t allow it officially via phone features.

But don’t worry if you are looking for recording your iPhone or any other iOS device screen then you are at the right place. I will provide you the app for screen recording for your iOS device.

If you are looking for an alternative to bb rec app then you can go for Airshou download or Vidyo Screen Record App. These apps also allow you to record your iOS device screen without the need of jailbreak.

Users used to connect their iOS device with some external apps for Mac and record their screens but we would say stop doing that because we have something unique and quick way to record your iPhone screen easily.

In this article, we are going to share an amazing iOS application that will record your iOS device screen and that is called “BB Rec Screen Recorder for iOS”.

That time when this app was launched, within a span of time ‘BB Rec Screen Recorder’ have gained the tremendous popularity and fix their roots in the screen recording apps market. With the help of bb recorder download, you can record your device screen directly from bb recorder app and there is no need to install any other third party application to record voice separately because it can record your voice too.

The best thing we found on this app is that you don’t need to jailbreak your iOS device to use it and all you need to do is give trust to this app while installing this app on your iPhone or any other iOS device.

BB Rec provides plenty of awesome features to record the best footage that looks more appealing. You can choose the orientation of the resulting video, either horizontal or vertical. At the same, you can completely control the frame rate of the video being recorded via BB rec app.

The app allows you to choose the resolution of the video being recorded and you can go as much high definition as possible, that is great if you are doing recording task for YouTube.

Undoubtedly BB Rec for iOS is one of the best and most popular Screen recording application. I would like to suggest you download this app on your iOS device and decide yourself whether it is an awesome screen recording app or not.

Would you like to suggest any other app for recording iOS device screen? Feel free to tell me in the comment section below and I will write an article for that app as well.

Thank you and Keep Visiting!

Get The Best Hosting With Free Domain!

Adil shah is a passionate Blogger from Roorkee City. He started blogging in 2014 with Blogger and later moved on to word press to share his Experience and Views about what he gain from Cyber world.

Here in Rapid Tricks he provides Tips and Tricks about Software Applications, Internet and much more to the peoples.

Connect With Him On

Here on Rapid Tricks, we provide free Tips & Tricks of Android, iOS, Windows, Software, Free Internet, How to DO, and all type of tech-related Tips & Tricks and news.

Get the new articles write into your inbox.

You have Successfully Subscribed!